“The professionalization of poverty can easily lead to celebrations of the individual ‘radical rock stars’ who can choose to be poor.” 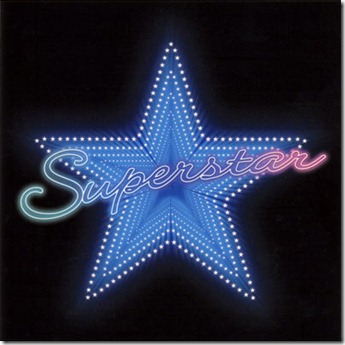 I am currently reading the 30th anniversary edition of “Living more with Less” by Doris Janzen Longacre.  It’s a great book that I would certainly recommend to anyone navigating the tensions of living in a consumeristic culture with as much simplicity possible.

It is easy to glorify those who choose to live simply.  Especially in light of the consumerist context in which many North Americans were, and still are raised.  Ad’s are everywhere!  They are found on buildings, bulletin boards and on the stuff people use.  The mass media is dependant upon the presence of advertisements to deliver it’s content.  It is almost impossible to do anything without running into some form of advertising that screams “buy me I will complete your life.”  Unfortunately, this has shaped a world to be woefully individualistic, self serving, and even worse, it has bred a feeling of entitlement.

Work hard, buy this, you deserve it works well when you have money.  Not so much if you don’t.  Not a big deal when we talk about video games, cell phones and t.v’s.  But a big deal if we begin to look at food, water, and basic human needs.

In Matthew 19:16-22 Jesus did not tell the rich young ruler to sell all his possessions in an effort to help the ruler be a ‘young countercultural simple living superstar.’  Jesus asked him to sell all his possessions and ‘give to the poor’ in an effort to show the young man that it is impossible to love the entitled self and Jesus at the same time.  It also indicates the importance in sharing with your neighbour.  Interestingly, this lines up nicely with what Jesus said in another part of the Bible.

Love God, and love your neighbour.  The greatest and second greatest commandment.

The people who live simply out of necessity are not doing it because they have a desire to be a countercultural superstar.  If you live in poverty, you do not have the choice to live simply.  You live simply to survive.

Living simply by choice means one recognizes the true cost of the things in this world.  The stuff we buy, the car, the house, the food, the clothes and the health care products all come at a real cost.  That cost is much more expensive than the price tag indicates.  Some people have much because they can buy it, and some people have way too little because they cannot.  There seems to be no happy medium.  Living simply by choice means making the choice to share the limited resources of this planet.  Not making the choice to be countercultural.  People are countercultural because they make the choice to live simply.  Something Jesus called us to do 2000 years ago.

A consumerism that breeds entitlement at the expense of others in our world may suggest that we do not need the big house, 3 cars, a big screen tv, and that we should probably need to get over our self importance.  Easy stuff to write but sucky and difficult to live.  I feel like I suck at living simply.  I guess you could say that I am most certainly a product of my society.